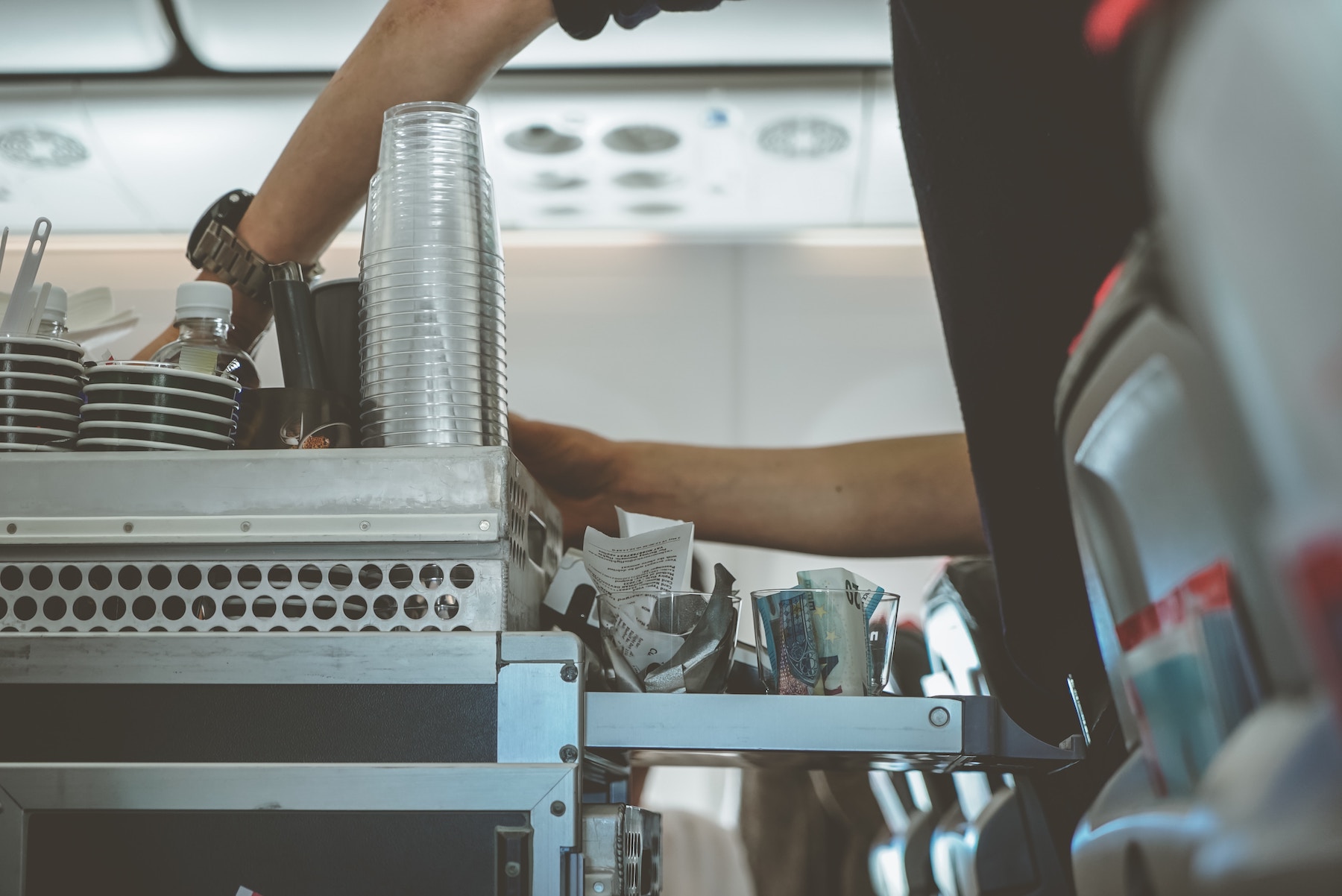 An airline catering trolley is the base of our Skypak trolley. 100 years ago the tradition of on-board catering was set and Skypak would not exist without it. We at Skypak decided to celebrate the occasion and took a closer look at the development.

Airline meal is a big deal: In the past decade on-board catering became more and more important for the overall flight experience of the passengers. In 2019 the trend goes even further: hip bloggers test First Class flying restaurants, Michelin chefs add a magic sparkle and you construct your meals online, as if it was a Lego set.

But haute cuisine and a tingly refreshment should not be taken for granted: the very first airline catering was introduced in 1919 on a flight from London to Paris, that’s a century ago and – astonishing – thirty years after civil aviation was invented. And since Skypak Trolleys are a part of the exciting journey above the clouds, we are thrilled to tell you exactly how things happened.

At first simple lunch boxes were offered: sandwiches or fruit could be purchased for just 5 cents. The problem, however, was that the planes were all open until the first all-metal aircraft was introduced in 1920. It felt more like dining on a roller coaster than in a restaurant.

Ten years after our Skypak Trolley’s forerunner, the so-called „flying dining car”, boards the plane for the first time. The first small kitchen comes in and cold sandwiches from the last decade transform into warm meals.

Little changed due to the Second World War, so the new tendencies started to pop up not earlier than in the 50s. Those who could afford a flight from Frankfurt to New York were spoiled by the diversity of the on-board catering menu: smoked Canadian salmon, Brazilian palm hearts, Beluga caviar and veal steak. Served in porcelain, of course.

After the „Golden Age“ of passenger aviation, however, the standard did not remain as high as usual. In the 1970s the first low-cost airlines came to the market – and the quality of on-board catering significantly dropped. The meals, which were now based on too much salt and fat for a longer shelf life, even can cost you an extra penny.

Another setback for the on-board catering was when 9/11 happened. Due to increased security measures almost all airlines replaced the metal cutlery with plastic forks and knives. From that time on many airlines limit their offer to snacks and drinks only.

With increasing and tight competition, however, a new era came: some airlines rediscovered star cuisine to gather some bonus points in customer’s eyes. Most top airlines even cooperate with star chefs that create exquisite menus to make flying a unique taste adventure.

Raise a glass to the exciting century and take a new Skypak crew member to your work or living space: quirky, noble or customized to your own taste and demands. Welcome aboard our Online Shop www.skypak.de