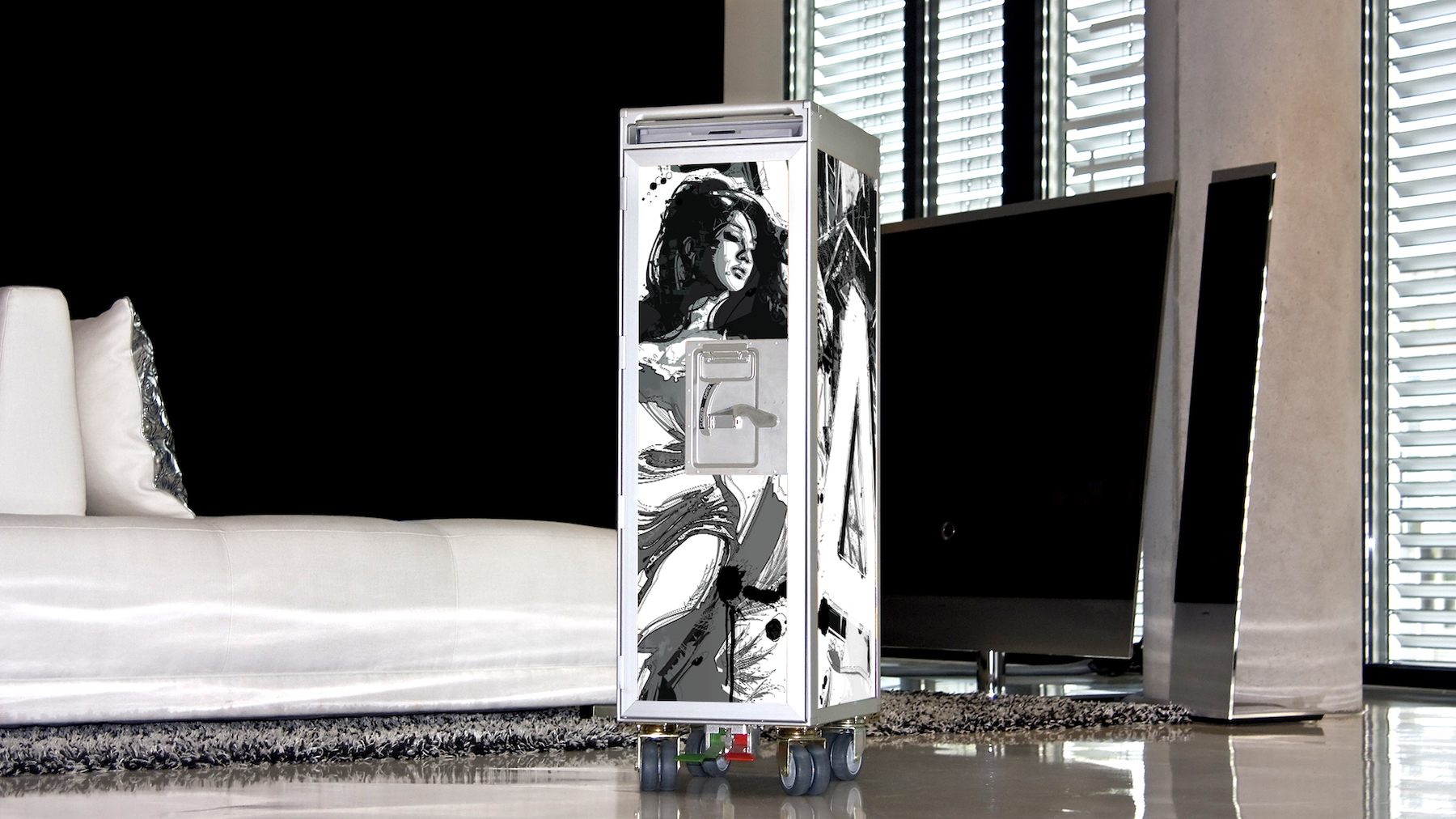 Baz Pringel, who has been living in California for several years and works as a senior art director in Orange County, was one of the first international designers we’ve collaborated with.

Back in 2010 he has already been known for his creations for BBC, T-Mobile, Motorola or Disney, but also for his portraits, e.g. by Mick Jagger or Russel Brand, or for his comics „Catwoman“ or „Supergirl“.

His designs also caught Skypaks‘ eye, which is why we wanted to collaborate with Baz. He did two of our Skypak designs, the ‘Piccadilly Circus’ and the ‘La Prochaine Fois’ trolley. Both trolleys carry the original Baz Pringel style and handwriting.

At Skypak, we work closely together with our designers and make sure, that they have the freedom to design without restriction. To give a little insight about one of our first cooperations, we had a talk with Baz Pringel on his designs.

What went through your mind when we first got in touch with you and what were you thinking about the idea to refurbish airline trolleys?

I just thought how cool of an idea it was.  Taking such a utilitarian object as an airline trolley, and turning it into a real designer item; so original and unique.  And when you think about it, makes a lot of sense.  The trolleys are so intricate and sleek when you study them from outside of their normal airline environment. And of course, such a conversation piece.

What are the challenges of this work?

When designing for any product, the item itself will dictate much of the design process.  In this case, the size of the panels, the placement of the handle, the thin and tall aspect of the sides; these all played a significant role in laying out the graphics for the optimal visual payoff.   I had to spend quite some time reworking the artwork to fit in the desired aspect ratios.

How do the airline trolleys differ from other designed furniture?

One of the main things I had to keep in mind is the angle of view that this product would be seen from.  Because it has wheels and is a piece of furniture that can easily be moved around, it has to look good from every angle.  Even the back could become the front if people chose to spin the trolley 180 degrees to show off a new piece of artwork.  So I approached each side of the trolley as a separate canvas.  Each side had to work on its own, as well as part of the whole.  I also created templates to make sure that certain design elements were not obscured by the door handle and other details.

How do you anticipate the development of the market for design airline trolleys?

I hope to see a lot of growth in this area.  Not just in airline trolleys, but the whole idea of taking everyday objects that we don’t associate with personal designer items and turning them into works of art.

How would your personal trolley look like on the outside and on the inside?

Well, that’s an easy one to answer.  My approach when designing both the trolley’s was to design them to my own tastes.  So the two now on sale on the SkyPak website represent my own ideal personal trolleys. 😉